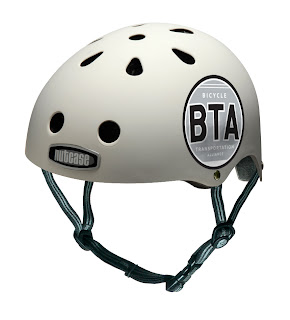 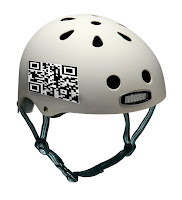 Wear a helmet in case the sky falls in!

@Severin- Lots of USA cities give away free helmets.

You say cycling "is a breeze" in Berkeley -- what is the bike modal share there (I realize you might need to add Oakland etc. to get a viable figure).

How would a helmet help in scary L.A., when cars are going 35 to 45 mph and faster on shared streets? And how dangerous is it in reality?

I say it 'is a breeze' RELATIVE to Los Angeles where tension is high and I am not able to relax because of all the pressure to 'keep up' with traffic and my wish not upset motorists. Berkeley has its share of angry motorists but it's so much easier because the main roads are slower compared to LA streets (Berkeley average speed on main roads is between 25mph and 30mph whereas in LA speeds are seldom below 30mph, even on streets with 1 lane in each direction)

I've read that Berkeley has 5% of trips by bike (or perhaps that's just the commuter rate) though I suspect this is largely due to the student population. As you may know, Oakland has mode share of about 2%. The East Bay altogether has (I think) 1.6% of trips by bike.

I'm not arguing against you, I don't think helmets would help any in LA, though I do find it interesting that in American cities it seems as ridership goes up, so does helmet usage. In reality how dangerous are the roads? I cant say exactly, I'm no statistician but the streets are stressful enough for me to rather walk places simply because then I only have to deal with motorists at crosswalks.

I'd like to ad that in Berkeley you see children cycling to school (even on their own bikes and sometimes unaccompanied!). It's not an all too unusual sight, so obviously it is a HUGE step up from the conditions faced in Los Angeles, and thus 'a breeze' in comparison

Of only poor Tommy Simpson had been wearing a helmet.

My feeling is that certain companies, one of which has already been named, feel the need to periodically remind people how necessary the use of their product is (I've felt notably that I've been seeing LESS helmet usage on average around Portland lately, at least, a lower percentage), and so they saunter on over to the media outlets and the advocacy orgs with some shiny objects and suddenly the media is taking advantage of peoples' deaths to post about how stupid people are to not wear helmets and how certain people who are "anti-helmet" (meaning they don't wear a helmet themselves) are on a crusade to get people not to wear them (http://blog.oregonlive.com/commuting/2011/08/despite_skepticism_joey_harrin.html), posting coverage stating that there is plenty of evidence to prove they are effective, but that some cyclists just can't be inconvenienced or think they are un-cool (http://www.opb.org/thinkoutloud/shows/helmet-debate/) and the advocacy orgs suddenly re-arrange their position to be more helmet-friendly.

I find it hard to believe it's all coincidental.

put "Helmets Suck!" on a helmet