The City Hall's plans to introduce parking cards in the city centre as of October 1st has triggered an unexpected side-effect. Prague may soon top the world ladder in the number of young children who own luxury vehicles. People who own two or more cars have found a loophole in the new regulation which says that every citizen of Prague [in central districts one, two, three, five and seven] - including newborns and centenarians - has a right to a parking pass for the price of seven hundred crowns a month [PER YEAR, actually... about USD 35]. The price of a pass jumps steeply for a second or third car to 7 thousand and 14 thousand crowns respectively. News of how to get around the regulation spread like wildfire and in recent weeks the authorities have noted a massive transfer of car ownership to young children. The kids are happy to brag about their new Toyotas* and Volvos but the city hall is not so happy [I am sure some politicians predicted this]. However it seems that there is little it can do legally and it has decided to bide its time and see how things develop. - Radio Praha

... don't miss the story at the first link which talks about fake policemen and women being stolen...

Norway: Cars neither "green" nor "clean" 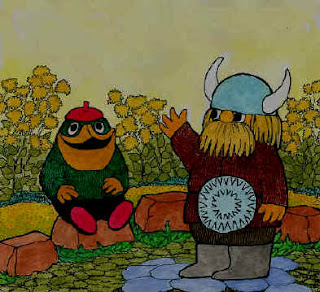 OSLO (Reuters) - No car can be "green," "clean" or "environmentally friendly," according to some of the world's strictest advertising guidelines set to enter into force in Norway next month.

"Cars cannot do anything good for the environment except less damage than others," Bente Oeverli, a senior official at the office of the state-run Consumer Ombudsman, told Reuters on Thursday.

The mayor of a city in western Russia has issued a list of excuses that he will not tolerate from civil servants.

Alexander Kuzmin, mayor of Megion in western Siberia, said that officials must stop using phrases such as "I don't know" and "it's lunch time".

The mayor's press office said the list consists of 27 forbidden phrases, including "there's no money".

BANNED PHRASES INCLUDE:
What am I supposed to do?
I'm not dealing with this.
We're having lunch.
The working day is over.
Somebody else has the documents.
I think I was off sick at the time.

Mr Kuzmin warned in a statement that "the use of these expressions by city administration officials while speaking to the head of the city will speed their departure."

He said he was taking action as he was tired of civil servants telling him that problems were impossible to solve, rather than offering practical solutions.
From BBC World Service
Posted by Slow Factory at 10:32 PM No comments: