The U.S. Department of State held a surprise press conference in Detroit late on Tuesday evening to announce that it would launch a pre-emptive strike on the UK on the Fourth of July of this year, the 234th anniversary of the USA's automobile-enabled victorious revolution against British rule.

At the press conference, Secretary of State Hillary Clinton announced that English muffins would now be called "Freedom Muffins" The spokesperson for Google, the owner of You Tube, introduced a short video which it said it would help go viral.

The spokesperson for Chrysler-owned Dodge said that the video would speak for itself.

The USA ambassador to the UK, Louis B. Susman, was summoned to 10 Downing Street. But the ambassador instead went to a T.G.I.Friday's restaurant in London, where he was joined by a large, patriotic crowd of armed "American" expats, who robbed journalists of their equipment, thus ending reporting at the scene.

Sources later reported that the Yankee mob later moved throughout the UK capital, leaving armed men and women at key Italian government entities and businesses, which they pledged to protect, due to Fiat's minority ownership of Chrysler.

(Please also see this related story)
Posted by Slow Factory at 11:46 AM 2 comments: 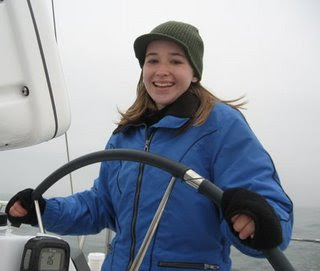 In closing, while I would support driving age and voting age being the same in USA, I think a great supporting measure would be massive investment in ocean and fresh water boating for transport (and e.g. floating "boat ins" for movies) and not just de-paving of the roads of the world, but their transformation into canals.
Posted by Slow Factory at 4:58 PM 1 comment:

Ha ha ha, I sometimes cannot believe the crap they spend our money on.

From PSFK: "The US Federal Aviation Administration is undertaking a research project to explore the possibilities of pilotless commercial flights. The project is part of its NextGen initiative which is aimed at modernizing the country’s flight infrastructure."

At first all lifts had an operator, now almost none do and no one questions it. Driver-less metros have been operating for some time in many places and are said to have improved things by reducing operator errors, but they operate on a track, in two dimensions.

Are there plans for captain-less boats and ships? Or riderless bicycles?

Better might be unmanned, virtual reality flights :-) or at the very least, flying only when there is no convivial land transport option.

While some military investments trickle down into civilian technology (well, often not "civil", per se...), I wonder if this is a kind of trickle-up thing, and The They Corporation wants to use this tech to fly huge bombers long distances. In other words, indirect military budgeting.

Staying on the science fiction theme, 35 years ago the movie Airport '75 showed (taught) us how a justifiably crazed flight attendant could guide a jumbo jet with damaged controls through the Rocky Mountains, with no training, a bad radio connection and a joy stick. More recently, a group of better trained persons were said to have flown several normally-operating commercial airliners into high value targets in the eastern United States.

Image of Karen Black from Cinema de Merde
Posted by Slow Factory at 2:04 PM No comments:

From AMOBIKE, this video has two titles: The one above says "Drunk pushing a bicycle" and in the video itself it says "Drunk on the Road."

In scenes like this one of the first things I notice is the reaction of passersby. In this case, first another cyclist seems to have some concern, but perhaps it is only because he notices that this is being recorded.

But after the guy collapsed my strong assumption was that the first car would not stop... and I was happy it did: Perhaps readers could share experiences of the same or opposite... or if as a cyclist they have helped a driver. As always, the videographer's lack of intervention should be questioned.
Posted by Slow Factory at 11:47 AM 1 comment:

The Netherlands: "Volvo introduces helmet to protect against Volvos"

Couldn't possibly think of something better, so I took the title for this entry from the latest at Bakfiets-n-Meer, from Henry Cutler of Workcycles in Amsterdam. (Cartoon by Wulff Morgenthaler via Copenhagenize).

Volvo Cars is promoting bicycle helmet use for Dutch children.

Very sad, the Cult of Dangerization which has its object and lead symbol the styrosafetycap, is infecting one of the best practice national examples of both urban and rural cycling, ever, in the entire universe: the Netherlands. That the Ford Motor Company-owned Volvo Cars is behind it is not surprising, but also sickening. It is perhaps also ironic this campaign will very likely continue after the completion of the sale of Volvo Cars to Geely Automobile, based in China.

Up until recently these activities were focused on the south or southwest of the country, but the virus is creeping northwards, as the Volvo Cars project was focused on Amstelveen, a suburb of Amsterdam. They are targeting the kids with parents who travel to Amsterdam daily or quite frequently for work or pleasure.

So check out that new entry in Henry's Blog as it also leads to other related good places... I first heard about this new campaign in a short article in Bike Europe, which takes some info from the press release Henry refers to his Blog.

The article ends with some words by the marketing director of Volvo Cars Netherlands: “It’s important for the helmet to also withstand an accident caused by a third party, as such accidents are usually linked with high speeds and extreme impact situations. This is a crucial breakthrough in the current thinking about bicycle helmets.”

Ha. The "also" he refers to is the product he is promoting, and I think the illustration above shows how helmets deal with the "accidents" which he refers to.

But before that the article also notes that this give-away is controversial: "Volvo’s activity in this field gets a lot of flak as it would make people afraid of cycling. Critics say that Volvo should make their new pedestrian safety detection system standard on each car, instead of offering it as an option on just one model the Volvo S60. Handing out free helmets for kids was received with skepticism and seen as the next step of the automobile industry to get a bicycle helmet mandatory. Experience in countries like Australia has shown that mandatory helmet laws only results in a reduction of cyclists."

As I mentioned to a new friend in the Netherlands, pro-choice (or anti-) helmet forces are still in the lead.... so, what to do? Provinces take the lead in communication, but laws are national, so let's hope that today's election does not lead us to the right, or more specifically the wrong side of helmet regulations.

Further, we need our own pro-choice helmet campaign, perhaps loosely inspired by this, something which makes me proud of the looser end of corporate media in the USA (For some details on that Photoshop hack job please also see here).

For those fortunate enough to be able to attend Velo-City in Copenhagen, near the end of this month, I hope at least some brain-storming can be accomplished, as conference co-organiser ECF is focused on the helmet issue.

Perhaps one point which could be addressed is the conference's co-main sponsorship by Clear Channel, which has done some nice things for cycling in places like Barcelona, but also works extensively and intensively with the automobile industry in advertising and facilitating the function of its products. (No, I don't have the numbers, I am sure their business with the automobile industry dwarves their bike share activity).

** If you're on Facebook, please considering joining a related initiative.

(Full transparency: Velo-City Global 2010's other co-organizers are the City of Frederiksburg and the City of Copenhagen. The Danish capital and the adjoining local authority held the Copenhagen Bike Share Design Competition last year, in which my team shared a first prize).
Posted by Slow Factory at 2:42 PM 2 comments: