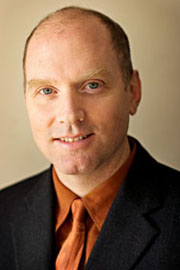 * The other leading Netherlands-based blogger is Marc van Woudenberg, who also produced this introduction video for the Dutch Cycling Embassy, the "... portal to Dutch expertise on cycling".
Posted by Slow Factory at 7:02 AM

You are so incredibly right!
Best wishes from Stockholm
Rupert

You are right. Even we Dutch tend to misinterpret this article of law. It is not very important in Dutch society. People tend to think that it means car drivers are automatically at fault when hitting a cyclist. That's not the case; it's not about who's to blame, but about whose insurance is going to pay for the damage. That being said, this law is not the reason my driving keeps cyclists safe (or the other way around, for I am both). It definitely is the infrastucture. I don't drive around feeling anxious about the repercussions of hitting a cyclist. (on the other hand, if it WERE so, it might make motorist activists for better cycling provisions.... :D)

You are right on target here, but as a long time cyclist, I can't help but smile as I think, no, dream of a world where motorists drive like frightened children, under the fear of strict liability. How nice it would be if all motorists actually drove like they were not the ONLY people on the road....

I disagree. To emphasise that laws don't matter is comedy. If Europeans don't think about strict liability, it doesn't mean it doesn't matter. It might simply mean that the law reflects the will of the people.

Attitudes matter. Citizens will feel that motorists have a larger responsibility than pedestrians and cyclists, and decision makers will feel it's a good thing to accomodate cyclists and pedestrians. These attitudes, especially among decision makers, are influenced by the laws that govern their work.

Compare strict liability with the common attitude that bikes don't belong on the road. What country besides the USA feels the need for signs saying "share the road"?

I have to say, the Dutch duo you cite suffer from a severe case of "not invented here". The Dutch are the best, but there are lots of exciting things going on all around the world like bike share, bike counters and celebrities talking bikes.

Bike paths are not the only ingredient. Copenhagen's infrastructure is not that much better than here in Sweden but their mode share is double or triple. I would even say the Swedish bike paths on the whole are even more separated than the Copenhagen ones, which merge right-turning motor traffic with cyclists.

Erik, who is saying that laws don't matter?

Okay, I replied too quickly. I agree that bike infrastructure is more important that strict liability. Alex Marshall has it backwards, you're right about that.

Who is saying that laws don't matter? Well, on one of your links it says "Strict Liability has, at best, a very small role to play in keeping cyclists in the Netherlands safe." The post pours cold water on the concept at length.

One thing I like about strict liability is that it encourages people to just get out there on their bikes. Sweden has lots of bike paths, not as nice as in The Netherlands but perfectly usable. But even though 50% of the population lives within 5 km of work (20 minutes by bicycle), over 90% of journeys are not done by bicycle. So if there's a bike path almost the whole way to work, people will complain about the small gaps that remain.

A good example is this film in which problems 2-4 are relatively minor but presented as deal-breakers. The infrastructure in Copenhagen is not hugely different but people cycle three times as much there. They just do it.

In northern Europe I think we need to differentiate between cycle safety and cycle attractiveness. Most of the sites in the film above are not dangerous for cycling, especially for adults with driver's licenses. But they could be made much more attractive to cycling. By failing to make the distinction, cycling in northern Europe is portrayed as dangerous when it really isn't.

I think a public discussion about strict liability would go some way to make people feel they have a right to cycle on the roads where there are gaps in the cycle path network. There's an unfortunate idea that roads are for cars and that they can't slow down. For those who can't slow down, I suggest taking the train or flying.