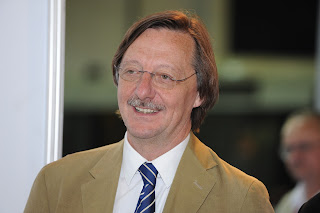 You had a good point about ECF and UITP cooperating. I appreciated it. We have put more resources in our relationship with UITP – and had some promising first steps, which you might be glad to hear. Obviously we do develop our work all the time and look forward to seeing concrete results from the cooperation with UITP in the longer run.

To summarize briefly, ECF became a member of UITP last year. We’ve also joined UITP Combined Mobility Platform which is the place where most of the face-to-face discussions between the organizations take place. There we’ve had the opportunity to discuss the common goals we share and how to achieve them together, not apart as for a quite long time before.

ECF was also heard as a stakeholder in a study on harmonized collection of EU data and statistics in the field of urban transport and mobility, commissioned by the DG MOVE of the EU Commission and executed by UITP and the University of KU Leuven. To give you some insight, please find attached a paper that we wrote for a meeting with UITP, from where you can see the agenda of the meeting as well it’s content.

As you will find out about the document, to "Bridge the data gap" is a topic that ECF is putting much effort this year and in the near future after that.

To inform you more on the background of why ECF and UITP haven’t been in closer cooperation previously, the answer is that ECF from its’ own part simply did not have the resources before summer 2011 when our staff was doubled. Now we finally have the capacity to perform on a level where we really can work closely together with other organizations.

I hope you’ve had a good start for the year 2012 and look forward to cooperate with you in constructive and creative ways!

Thanks, Martti! That sounds like very good news. I hope you don't mind if I keep the headline -- controversy keeps the advertisers happy.

By the way do you take PT to the UITP office and do they cycle to yours -- as a symbolic gesture?