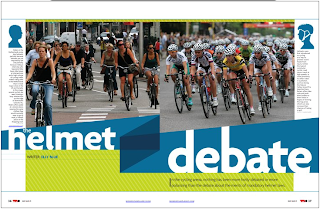 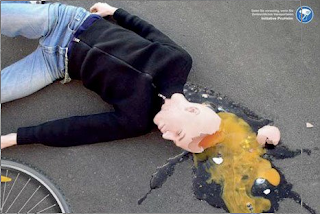 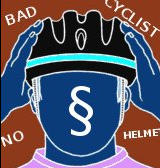 Decade of Action for Road Safety: We are all "Steve"? 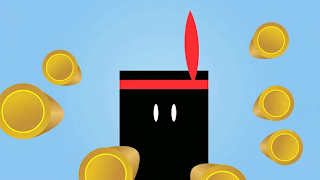 Today starts the "Decade of Action for Road Safety 2011-2020", a collaboration between the World Health Organization (WHO) and other partners. The "Wear. Believe. Act" website, which is the official page of the campaign, is hosted by the FIA Foundation, which also supports the campaign's "Road Safety Fund". The Road Safety Fund - a legally distinct UK charity - is co-chaired by the Director General of the FIA Foundation (FIAf - the reason for the little "f" will become self-evident shortly). Confused? Well, anyway, before I mention the graphic above, I will explain why I have not included a link to FIAf: This is because none of the pages above link to FIAf, or - I really did look around - describe what it is.

FIAf "... established in 2001 with a donation of $300 million made by the Fédération Internationale de l'Automobile (FIA), the non-profit federation of motoring organisations and the governing body of world motor sport..." which came from - "well, finally!", you might be thinking - this link.

This partial obfuscation - intentional or not - on the rather professionally-done "Wear. Believe. Act" website - oh, and by the way the first WHO website mentioned above is supported by the World Bank - is consistent with the video which is the source of the graphic above.

The video is produced by the International Federation of Red Cross and Red Crescent Societies' (IFRC) Global Road Safety Partnership (GRSP), another partner of WHO. (The link to IFRC on the "Wear..." links page is dead), in support of the launch of the Decade of Action.

The video "...aims to give the viewers a different perspective on road safety by focusing on the hidden danger on the roads...". It is worth noting, first and foremost, that the video makes clear in gross terms that there are over 1.3 million annual road deaths, a statistic many carfree campaigners started to spread years ago.

So, when I first watched this I was pleased that that was mentioned (and it is included on the "Wear..." website, if less prominently).

The problem then is that the video goes completely and ridiculously overboard in two ways, the first I describe might not be intentional but the second definitely is.

Firstly, the reaction of fellow blogger David Hembrow to the video was "WTF was that all about ? All I know is that I'm now very very scared indeed, and am wondering if a Hummer would maximize my safety on the streets. I think they somewhat missed the point of their own message - i.e. that cars kill the majority of those 1.3 million people per year." This is so overwhelming it could just get people to turn off (and indeed the video suggests no solutions, just a link to the campaign website). In any case, this provides a segue to the second point, which is that the video says "we" created this system, and thus that we are all "Steve" (the sole character in the video, in multiple roles).

This is of course rabidly irresponsible, and - as my blogger friend says - misses the point about cars. By homogenizing responsibility, the message totally overlooks the fact the majority of victims are poor and in the Global South, the majority of beneficiaries in terms of ownership of companies is in the North, most people in the Global South do not have cars and are rarely in cars, that children cannot vote in elections and of course that a great many people in the Global South do note vote in free and fair elections (the last two points showing how creation of the system has been anything but democratic).

Now, back to the "Decade of Action..." - in the end of the video you will see that Youth for Road Safety (YOURS) is another partner (and they are supported financially from the get-go by Michelin).

The campaign mentions nothing - at least I could not find anything obvious on the website which is as far as the average person will go - about emissions or other direct or indirect effects of automobile dependency, from obesity to urban sprawl. Emissions is something that WHO deals with, as in obesity, so why are things not mentioned in the goals of the "Decade of Action..."?
In this clip, from BBC4 radio, the interviewer does her best with a good intervention with Lord Robertson, chairman of the Decade of Action for Road Safety, but at the end an essential fact is not joined up. (Robertson does everything to avoid it, a truly shameful and ultimately murderous act of deceit.) Can you hear what is missing?

That interview includes words by Ian Roberts, who paper published in the Journal of the Royal Society of Medicine in 2007 writing about the establishment of the GRSP - questions if Formula One racing (as a symbol, but it is also the raison d'être of FIA) can really be responsible for public health and proposes that "...it is time to establish a truly independent Commission for Global Road Safety that will put the daily toll of 3,000 road deaths before any commercial concerns."
***

A 2009 article in the Road Danger Reduction Forum, based in the UK, serves as a good introduction to John Adams's fine work on seatbelts. The RDRF also today issued a press release about the launch of the "Decade..." (apparently Formula One race drivers are visiting 10 Downing St.)

Amend, based in NYC, supported by the FIA Foundation and with programmes in Ghana and Tanzania, has a poster for its "See and Be Seen" initiative:

(click on image to enlarge)
On the other hand, children in many cities in the North (and NYC) are now being told to play in the road, albeit a road calmed by various methods or philosophies. Do children in the Global South deserve less? Of course not... so do Amend and similar orgs. think that this "Don't play in the street!" warning from 1960's to 1990's era mothers (and fathers) is somehow the most relevant communication, i.e. enshrining - for a time - countries in Africa and elsewhere to this stage in transport development? Once automobilization gets established is it really hard to eradicate, as we in the North know so well, so why don't we help the Global South leapfrog to the next stage? (If FIA was supporing anti-malaria programmes there would be posters telling children to seal themselves in plastic bags.)
Posted by Slow Factory at 12:48 PM 6 comments: